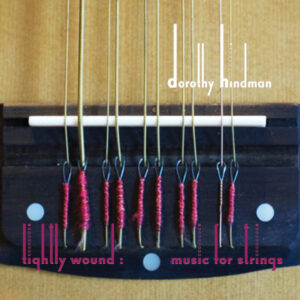 2004 Winner of the International Society of Bassists Solo Composition Competition

“Time Management is a concept piece, one might even say a programmatic work. Having much in common with Deak’s Failing, the underlying idea is that at first musical events are spaced at a relaxed pace, but as the piece continues it becomes more and more hectic until it bursts at the seams and time is no longer manageable. Unlike the Deak, however, the vocabulary of this work is filled with extended gestures such as artificial harmonic glissandi, bowing behind the bridge, left hand hammer-ons, overly pressed scratchy tones, etc. The piece has all the attributes of a great story, beginning in a quirky fun manner and then becoming something unexpected, a virtuosic display with a wildly exciting ending. It is difficult to describe specific details, since the order of the gestures doesn’t appear to be significant. It is the effect of the pacing that is the tour de force, a one-way downhill roller coaster ride. From a purely technical standpoint, the piece is not terribly difficult at first glance. That is to say that the work remains in the lower half of the instrument for the most part and only ventures into the very highest registers for effect. The extraordinary challenge is to execute the variety of extended gestures within the tempo over eleven minuets. To play this work successfully requires mastering the art of Time Management .”
~Hans Sturm, editor. “The Latest Score,” Bass World, Vol. 28, No. 3, 2005

In Time Management, the performer has a number of “little things” to accomplish.  At first, the rate of presentation of these motives is relaxed, and there is a good amount of down time.  As additional little things are continuously added to the performer’s tasklist, the piece becomes increasingly difficult to execute.  For a while, there is a manageable balance among the tasks, but eventually things begin to overlap to the point that nothing can be finished, or done well.

Time Management was composed in 2003 for Robert Black.