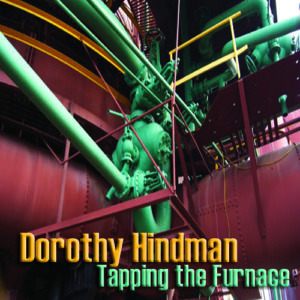 “Of the four pieces by local composers, Dorothy Hindman’s Tapping the Furnace for solo percussion stood out for its clever tone colors and visceral energy. Hindman’s work required percussionist Stuart Gerber to vocalize throughout, on a text taken from an oral history given by a black worker at Sloss Furnaces. Vernacular English, filtered through an amped-up form of Sprechstimme (speech-song), provided a near-perfect complement to the sounds of metal and skin in this intense, primal piece.”
~Phillip Ratliff, “Duo inventive with new, local works,” The Birmingham News, Saturday, February 7, 2009

Tapping the  Furnace, for unpitched percussion solo including snare, toms, and assorted unpitched metals, was composed in memory of James Withers Sloss, who built the furnaces that would become known as the “City Furnaces”, and are now known as Sloss Furnaces in Birmingham, Alabama.  These furnaces are the engines that drove Birmingham’s steel economy for nearly a century, helping the city earn the name “Magic City”.  However, this piece is also in memory of the many primarily African-American workers who were maimed and killed in the furnace while doing their jobs.  In 1891 (after James Sloss had died), the furnace began using convicts who were forced to labor; this practice continued through the 1920s.

Among jobs that needed to be done was “tapping the furnace”, which was done every four hours, twenty four hours a day, seven days a week.  The numbers 4, 7, and 24 figure prominently in the rhythmic and formal structure of the work.

Clarence Dean, who worked the furnaces from 1937 to 1967 gives the following oral history:

That wasn’t no plaything, you had to be on your “p’s and q’s” when you’re working around a blast furnace… when you go in the gate everything’s dangerous – overhead, underhead, dangerous work – and wasn’t no easy job, not for the black man.

As the steel industry that built Birmingham slowly dwindled away, Sloss Furnaces sat dormant for twelve years before reopening as a museum and a haven for contemporary metal artists in 1983.  It is a prominent, sprawling, unmistakable landmark visible from the highways in Northeast Birmingham, a tangible echo of the city’s past and the lives that built it.

The piece is built around powerful bombastic attacks with increasing levels of muting, deadsticking, and choked decays over the course of the work, inspired by the unimaginable expenditure of energy both by the men and the furnace during the years the city was built, eventually all falling silent.  The work was written at the American Academy in Rome in 2006 for Evelyn Glennie, Stuart Gerber, and Scott Deal